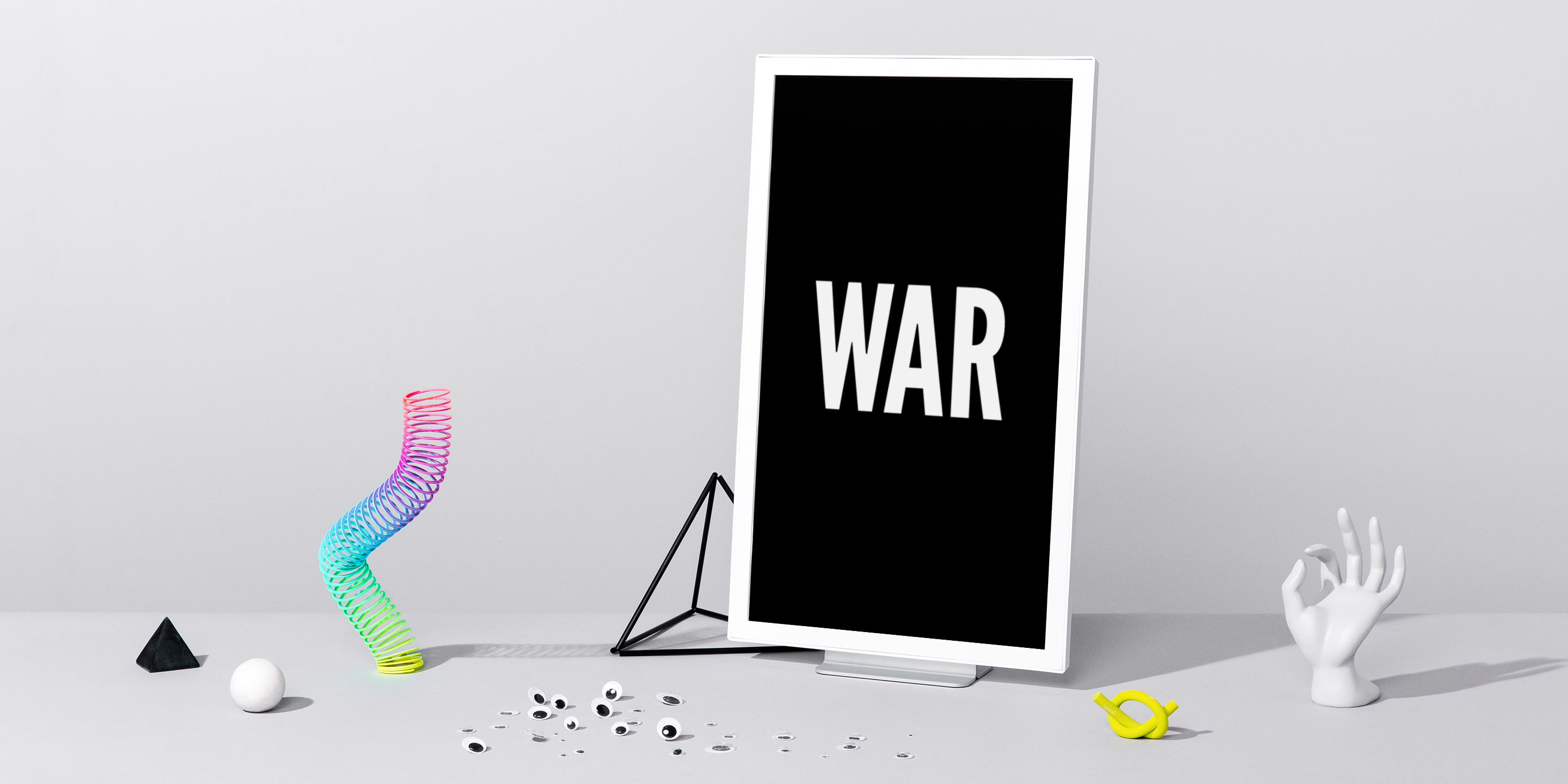 “WarOrPeace.net transforms EO1 into a sculpture in the home, a physical object commenting on media’s persistent sensationalism surrounding violence and terror. Though it may seem grim, the object also exists as a beacon of hope, programmed with the potential to change as soon as we do.” 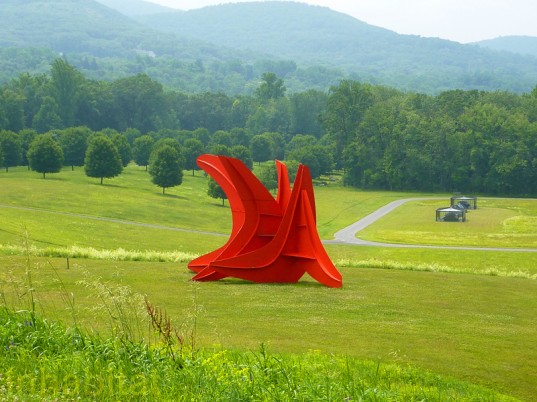 This is a Calder piece that was/(is?) at Storm King, New York 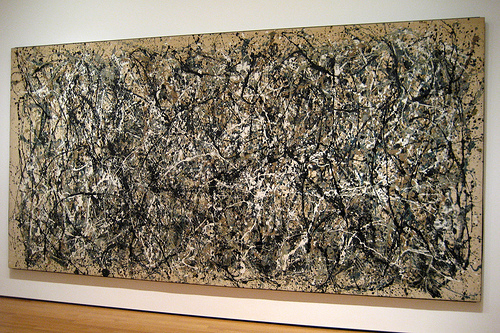 The greatest painting of all time, One: Number 31, by Jackson Pollock. Normally on display at the MoMA. Go see it (not up currently because of the amazing Picasso Exhibit that you should also go see). 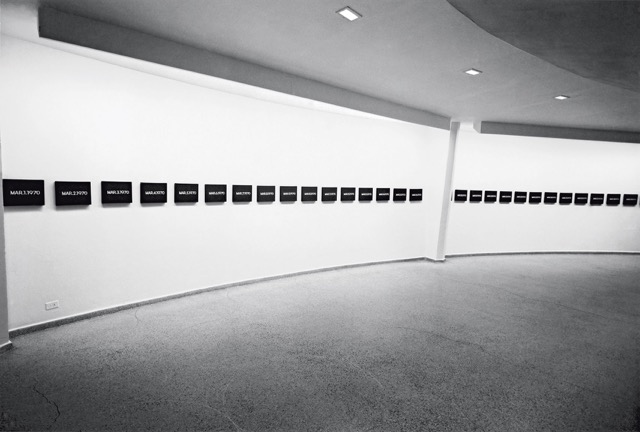 On Kawara’s Today series installed at the Guggenheim. This is another one you really have to have seen in person, but there are a number up at Dia Beacon in their permanent collection. 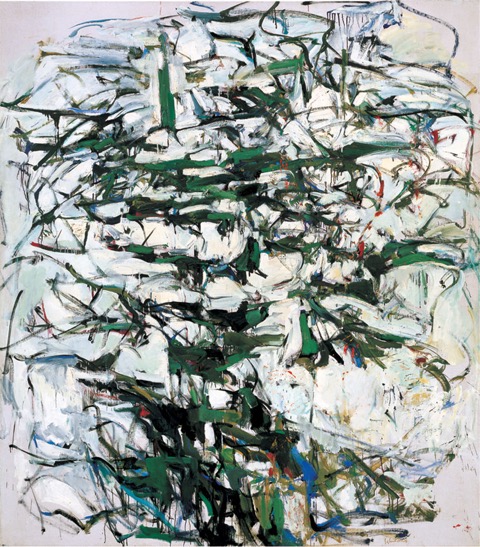 In person, Joan Mitchell’s Hemlock is one of the most totally unfathomable and amazing paintings. Digitally, it unfortunately loses a lot of depth. Totally rivals Pollock’s piece up above. 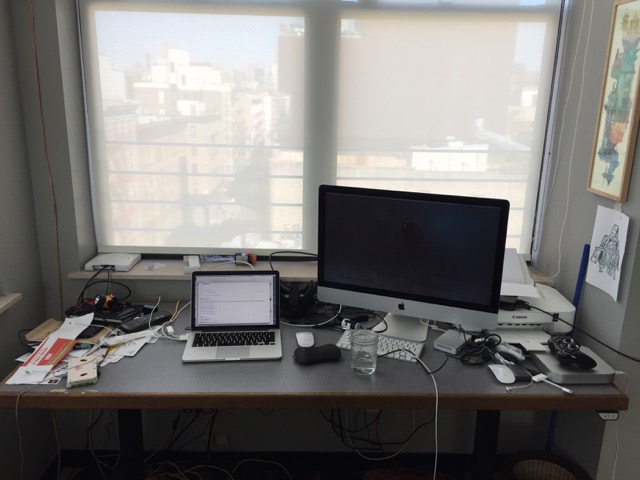 It’s a mess but sure.

This is a really hard question. I think I am both really proud of my work, and also really not proud of any of it? It’s really hard not to see all the flaws in stuff that you’ve looked at for so long, so I tend to not really spend much time looking backwards at things I’ve done. Probably in the moment, I’m most proud of my Glacier series, for coming out nicely. I don’t make a lot of physical objects and as a result my physical crafting skills leave a lot to be desired, but I think these came out really nicely, so I’m proud of them.

My process is pretty raw. I think probably some of my biggest inspiration is Sol Lewitt’s sentences on conceptual art, or at least, the 5th one.

Generally how my process goes is I try to work on whatever is most exciting to me at the time, and follow it through to some kind of conclusion as fast as possible without thinking too deeply about it.

So often I’ll wake up with an idea, or have an idea while I’m working on something else or hanging out with people. Then I do my best to drop everything I’m doing and complete some kind of rough prototype for the idea as quickly as possible. Most of my art works are finished in a single afternoon, and most prototypes for my games are put together in less than 3 hours. I find the longer I sit on something the more holes I punch in it and the less likely I am to actually make it. I really value the feeling of discovery and excitement in my working process, and I find the more I learn about something the less likely I am to get to have that feeling genuinely. In my game work I really prefer to work with readymade systems like dice and cards, because when I have an idea with them I can try it out right away without having to sit down with a spreadsheet and come up with the elements to play whatever it is with.

Once I have something that I’m happy with and feels special, I go back and spend a lot more time on it to polish it off. Generally this leads to me working on 2-5 large projects at a time and then another 5-10 random ideas in lesser states of being.

What excites you about Electric Objects?

Right now one of the things I’m most excited about is exploring art objects that live with you. One of the things that has been cool about working on games for mobile devices is that they allow for staggeringly long play-times. SpellTower, for example, can have games that range in length from 20 minutes to multiple months. Once people are playing a single game for that long it becomes something more than a game. It starts to be a puzzle that lives with you and changes. It begins to be a part of a period of time, and not just a single experience. I think a lot of digital art is experiential rather than monumental in this way. My Glacier series, and my piece WarOrPeace.net for the EO1, both explore what it’s like to let a digital object become a part of your life rather than a singular experience. They’re pieces that can denote and represent moments in time the way a clock does, but aren’t about time the way a clock is.

Electric Objects is exciting because it can function as a platform for this kind of art, where previously I would have to build physical objects.

Learn how to talk about your work.

There’s a pervasive notion in Art that artists are for making and curators are for explaining, but I think this notion was created to hold artists hostage to the whims of establishment. If you can talk about your work you can push and guide the conversation that happens around it, and this is incredibly powerful and worthwhile.

The easiest way to talk about your work is just to explain what is exciting to you about what you’re doing, and work from there. Talking about your work isn’t so much about “figuring it out”, it’s more like finding a way to explore your work from a different angle — when I make my art I’m exploring it through the language of sculpture or code, but when I talk about it I’m exploring it through the language of words. Sometimes people think that speaking is about finding answers to the questions that art poses, but the reality of it is that it’s just about using a different tool to pose some of the same questions.

Usually nothing actually. Sometimes I listen to my friend Chris’ spotify mixes. This was his latest.

Other times I just listen to this looping recording of the rain that I have.

I don’t think there’s anything in particular I use that isn’t pretty off the shelf. I use a Macbook Pro and a magic mouse. I have an iMac that I won for Ridiculous Fishing being an Apple Design Award winner that I use mostly as a server and an external monitor. If I’m building things I use clamps and wood glue and a power drill and hammer and nails and Raspberry Pi’s.

Software-wise I use the Adobe Suite and TextEdit and Unity. I guess I really like Dash for when i’m coding in Unity just as a reference tool.

Mostly Sage Solitaire. It’s a re-imagining of Klondike solitaire for mobile phones. It’s a totally new solitaire variant that has a lot of the same feel of Klondike. I do this kind of thing a lot. SpellTower was my attempt to re-invent word games, and I’m also working on a new phone billiards game, another word game, and a sudoku-style puzzle game.

What are the best places to see your work?
www.stfj.net
What sites do you visit for inspiration?

Thanks for the interview,
Zach